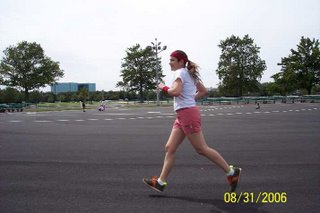 we spent part of the afternoon at eisenhower park, and i (of course) used the opportunity to go running. it was a short run, but the park was very pleasant. on my last lap ryan followed me on his bicycle, as we were on a quest for (yet another) ice cream truck. when i was finishing my run my sister took a few pictures and he started running, too. 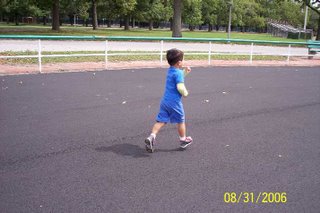 we got a few very cute pictures of him running. he even has both his feet above the ground! the little one is flying! it is so exciting when he can join me on my runs, either on his stroller, on his bicycle, or running along. maybe i’ll be able to instill in him the same
love i have for this sport…